History of the IEEE Austria Section

The idea to establish an IEEE Section in Austria came up in the years preceding 1979. After these plans have been detailed the OVE (Austrian Electrotechnical Association) set the formation process in motion. As part of these activities the OVE nominated a representative, Heinrich Pangratz, who led preparatory talks with the IEEE headquarter. Finally, in 1997 a number of motivated OVE members (helding an IEEE membership too) formally started the formation process of the IEEE Austria Section. During the early years the IEEE Austria Section was heavily supported by the OVE and today, there is still a strong cooperation between these two associations. The figure below shows the form that has been used to report the first section officers to the IEEE headquarter (Kurt Richter/Graz University of Technology, Robert Genser/ÖBB Austrian Federal Railways, Andreas Sethy/Arsenal Research Center and Franz Voggenberger/Schrack). 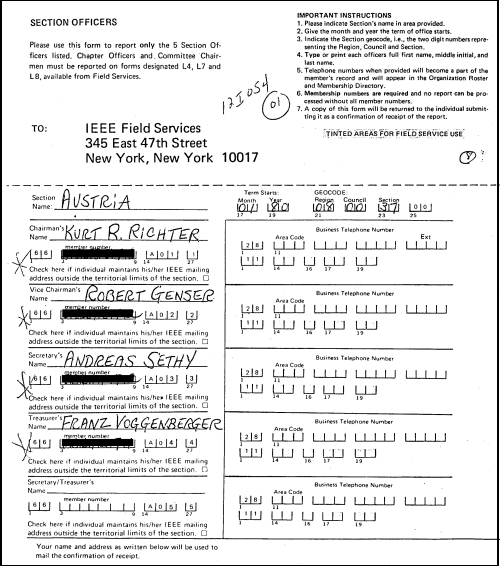 The official approval date of the IEEE Austria Section is December 21, 1979. Upon approval the first meetings have been organized. Below is invitation of the first section chair, Kurt Richter (who was professor at Graz University of Technology during that time) to the IEEE president. 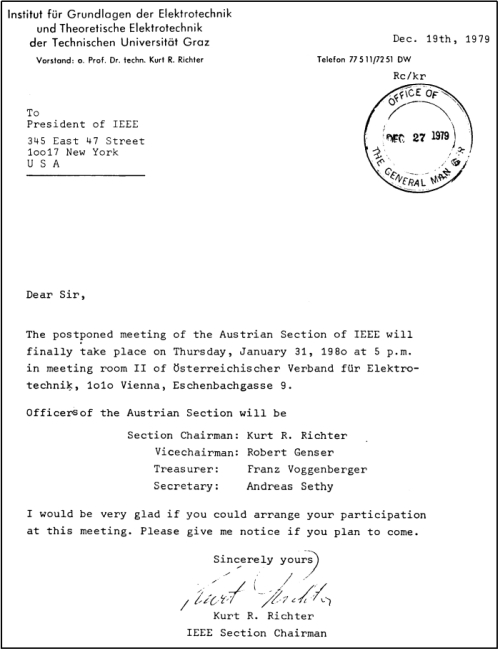 Starting with 60 members in 1980, the number of IEEE Austria Section members raised from 370 in 1990 to 1.300 in the year 2010. Today, the IEEE Austria Section is a strong player in the area of electrical engineering and related fields with members from both academia and industry in Austria. All the work in the manifold society chapters, student branches and affinity groups of the section is done by highly motivated section officers on a pure voluntary basis.

In 2019 the IEEE Austria Section was celebrating the 40th anniversary of the section in Graz as part of the IEEE International Conference of Connected Vehicles and Expo (ICCVE). The photo below provides an impression of this event. 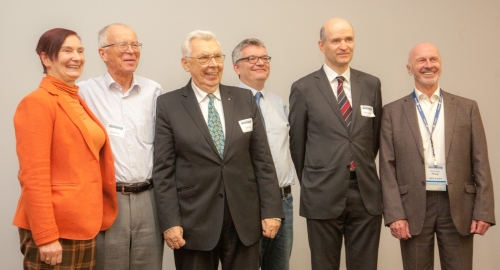 More information about the achievements during the first 40 years of the section are provided in the corresponding 40th Anniversary Booklet.

The following list shows all the members of the Executive Committee (ExCom) of the section since its formation in 1979:

Further history-related information is provided at the Engineering and Technology History Wiki (ETHW)!